When to Sell Stocks 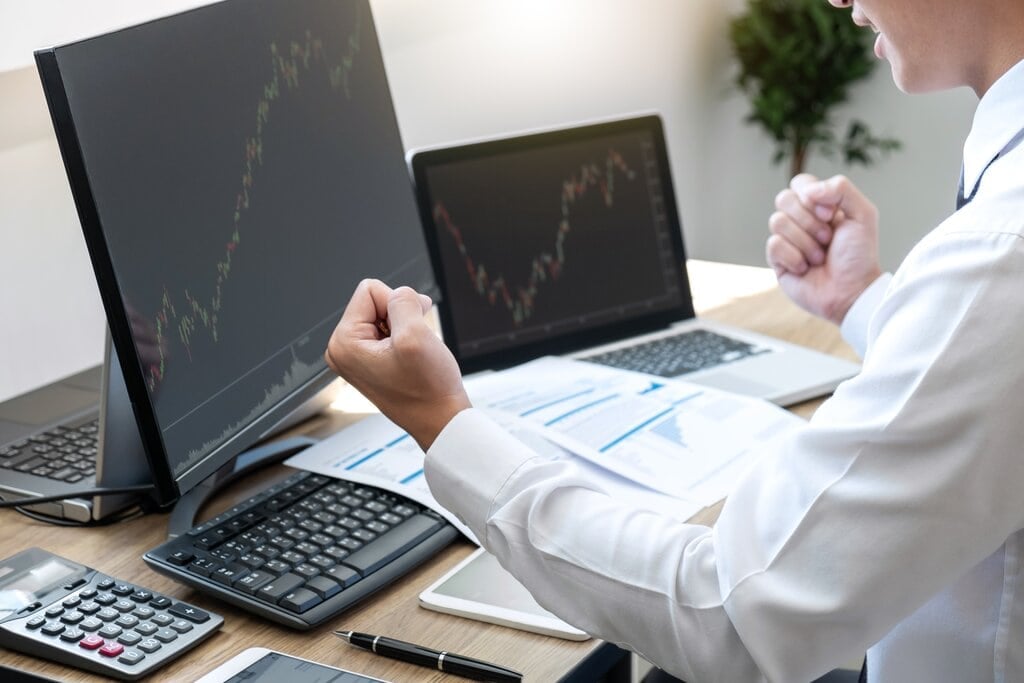 A lot of trading and investing advices focuses on what stocks to buy and when to buy them. But the sell side of a trade is just as important as the buy side – and often more so.

Selling stocks allows you to lock in profits or to limit losses. It also frees up capital so you can invest in something new.

So, when should you exit a position? There are several ways to approach selling stocks, and which one is right for you depends a lot on your trading goals. In this article, we’ll cover how you can decide when to sell stocks.

Invest with a Plan

No matter what you hope to get out of a stock trade, you should always enter it with a plan. Ideally, that plan should include specific conditions under which you’ll exit the trade.

A nebulous sense that you’ll sell a stock after it goes up isn’t enough. Instead, you should approach trades with preset signals in mind for when it’s time to sell. These could be different price levels or they could be when a technical indicator crosses over a specific threshold.

Whatever signals you decide to use, be sure to write them down or even tell someone about them. It’s a lot easier to stick to your selling plan when it’s on paper than when it only exists in your mind.

Keep in mind that it is okay to modify your plan if a trade goes better than you expect. However, you should have a strong reason for doing so, and make a new plan for selling if you decide to keep your position open.

Choosing When to Sell Stocks

Choosing when to sell – that is, figuring out the sell part of your investing plan – is where trade conditions and your trading goals come into play. Let’s look at some of the ways that you can choose when to sell stocks.

When the Trade Changes

Most traders enter a trade for a specific reason. Maybe you saw a technical breakout in the price chart or wanted to trade around an upcoming earnings report.

Once your reason for entering the trade is past, it’s time to exit the trade. For example, if you saw a technical breakout developing, you should sell once the breakout is complete. If the breakout doesn’t happen and the setup has dissipated, that’s also a sign that you should sell. The rationale behind your position no longer exists.

When Momentum Wears Off

Fading momentum is also a good reason to sell a stock. If you purchased a stock as it was on the rise, keep an eye on whether the upward price action is starting to lose steam. It’s better to lock in your profits while the momentum is still helping the stock push higher than to wait for a reversal.

When a Company is Overvalued

If you purchased a stock because you thought it was undervalued, then thinking that it’s overvalued several weeks or months later is a strong reason to sell. For example, say you bought Tesla shares at $400 believing that the company was undervalued. At $800 a share, Tesla might feel overvalued to you. So, it’s time to sell.

You can use fundamental analysis or analyst reports to decide whether a stock is overvalued.

When You are Proven Wrong

If a trade doesn’t go your way, it’s easy to let emotion get the better of you and develop a mindset of holding until things turn around. But it’s much better to exit a bad trade early rather than hoping for a reversal.

You should also sell when your reason for entering a trade turns out to be wrong, even if the trade hasn’t gone against you. For example, let’s say you bought a stock on the expectation that the company would make an exciting new product announcement. If that announcement doesn’t come, don’t stick around – sell the stock.

When You Need Capital

Another reason to sell stocks is to unlock the capital that’s tied up in the position. This is often a reason to sell a long-term investment, especially if you’re investing for a specific financial goal like buying a home or funding your retirement. You can also use the money you unlock by selling a stock to invest in a new opportunity.

When it comes time to sell, there are a few important things to keep in mind. Let’s take a look at three tips that can help you get the most out of your trades.

Selling isn’t an all-or-none decision. In fact, one of the best ways to approach selling is to sell part of your position – say, 50% or 75% – to lock in profits while remaining exposed to continuing price movements.

This can be useful for a variety of different trading strategies. For example, you might trade a stock around a breakout, but then see an opportunity to capitalize on momentum following the breakout. You can sell half of your position to lock in profits from the breakout and leave the remainder of your position open to capture any remaining upside. Just be sure to make a new plan for that leftover position, so you know when to sell if the momentum fades or doesn’t materialize at all.

Selling in increments is also a good way to get capital out of your investments. You can stay invested in a trade while using some of the profits you’ve already made to invest in other opportunities.

Be Willing to Accept Losses

Learning to accept losses can be hard, but not every trade will go your way. Having the ability to recognize a trade that’s gone awry and learning to sell early will go a long way towards making you a more successful trader. Minimizing your losses is just as important as maximizing your profits when it comes to your overall trading performance.

One way to live with losses is to use stop-loss orders with your trades. That way, the process of selling when a trade goes against you is automatic rather than dependent on your emotions at the time.

Taxes shouldn’t be your primary concern when choosing when and what to sell, but they are important to keep in the back of your mind.

First, your trading profits will fall into very different tax profits depending on whether you’ve held a stock for more than or less than one year. Short-term capital gains are taxed at an especially high rate, while long-term capital gains are taxed according to your income bracket. If you’re thinking about selling a stock that you have owned for 360 days, for example, the difference between selling it right then and waiting a week can be significant when your tax bill comes due.

You can also think about using bad trades as an opportunity for tax loss harvesting. Losses offset your profits when calculating taxes, so small losses can be put to some positive use. Short-term losses can even be used to offset long-term gains, which has a significant tax benefit. However, watch out for the wash sale rule: you can’t use a loss to offset a profit if you buy the same stock again within the next 30 days.

Learning when to sell stocks is a critical part of trading. Knowing when to sell is easier if you enter every trade with a firm plan that includes discrete conditions for what constitutes success. Use incremental sales to lock in profits, and don’t hesitate to sell a bad position for a small loss before things get worse.