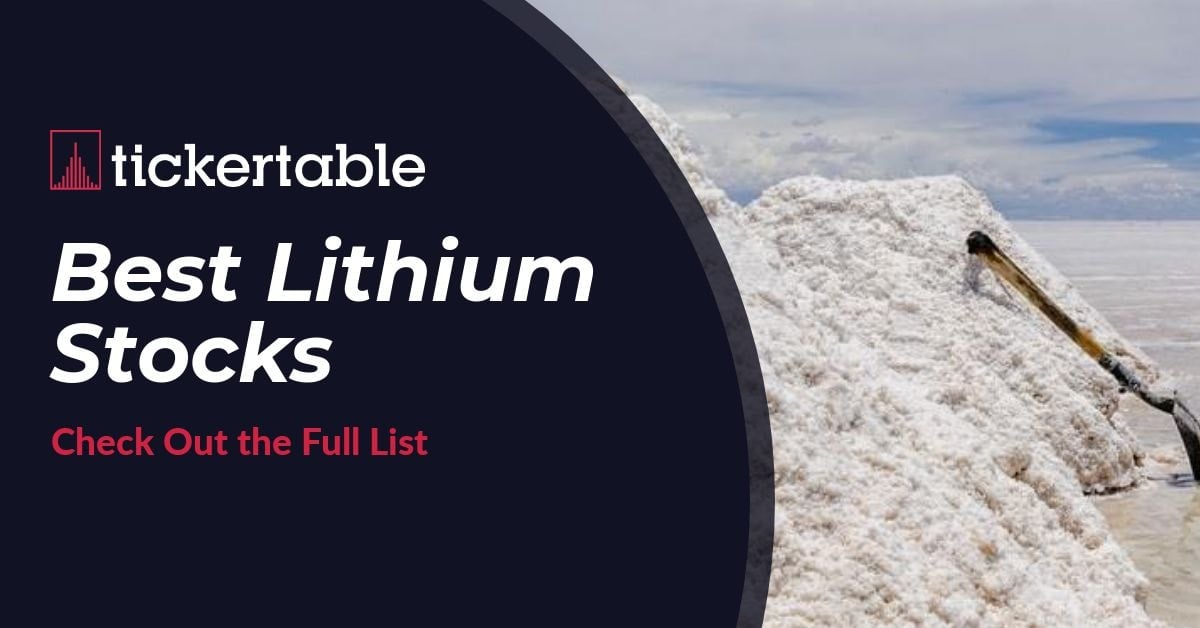 Lithium is a valuable metal that is extracted from mines. It is specifically used in manufacturing the batteries found in electric vehicles and electronics. With the boom in the electric vehicles market, the demand for lithium has soared to a large extent in the past few years. Lithium is rightly called ‘white petroleum’ due to its extensive utility.

Lithium stocks are traded on the commodities exchange and are largely influenced by the demand and supply dynamics. Car manufacturers like Tesla and BMW, and smartphone manufacturers like Apple are creating robust demand; however, the supply is outpacing demand.

Lithium is a hot commodity in today’s market, as the metal is a key component in the production of batteries for electric vehicles and energy storage systems. With the increasing demand for electric vehicles and renewable energy, investing in lithium stocks can be a smart move for those looking to profit from the industry’s growth. However, with so many options available, it can be difficult to determine which stocks are the best to invest in.

Below are some examples of lithium stocks and brief overviews of how the companies operate.

About the Lithium Industry

The lithium industry involves the extraction and production of lithium, a silvery-white metal commonly used in batteries for electronic devices such as smartphones and electric vehicles.

The demand for lithium has increased in recent years due to the growing popularity of electric cars and the development of energy storage systems.

Chile and Australia are currently the leading producers of lithium, but new deposits have been discovered in other countries, such as Argentina, China, and Canada, leading to increased competition in the industry. The industry faces challenges such as fluctuating prices, environmental concerns, and competition from alternative technologies. However, experts predict that the demand for lithium will continue to grow in the coming years as the market for electric vehicles and energy storage systems expands.

Here are some interesting facts about the lithium industry:

Factors to Consider Before Investing in Lithium Stocks

Investors must be aware of the demand and supply equation before investing in lithium stocks. It is worth considering that Earth’s crust has an abundance of lithium; enough to sustain the supply as required.

A new supply of lithium is expected to be added to the market from countries like Argentina and Chile by 2025. Additionally, the current market players, including Albemarle and Sociedad Quimica y Minera, are also increasing their production levels. As a result, lithium stock prices are not going up as expected.

Therefore, lithium stocks can work as excellent short-term investments. On the other hand, in the long term, the price of lithium stocks is expected to go down drastically.

Which Lithium Stocks Should I Buy?

We have compiled a list of the lithium stocks for your ready reference. You can select the suitable lithium stocks to invest in, based on your risk appetite, investment goals, and time horizon.

Investors must consider future prospects in addition to the present scenario. Currently, the demand for lithium is robust with the electric vehicles boom, and lithium stocks are soaring. However, based on expectations of oversupply in the coming years, lithium stock prices may drop significantly.